This past weekend I attended the exhibition, Hollywood Costume, at the Australian Centre for the Moving Image (ACMI) here in Melbourne. Direct from London’s Victoria and Albert Museum, the excellent exhibition explores the many ways that characters are brought to life from script to screen through costume.

The exhibition, for me, is about more than fabric. It’s also about memory – my personal memories and our collective, shared memory, as cinemagoers. I think this is where the exhibition’s real power lies. I expected the exhibition to be fun and entertaining, but what I didn’t expect was for it to be so moving. Here, walking around the darkened lower ground floor, making my way through the masses, was something quite close to the history of Hollywood film laid out for my pleasure. There were costumes from Gone with the Wind (1939), Vertigo (1958), Some Like It Hot (1959) and My Man Godfrey (1936). Seeing these dresses took me back to the films. I remembered how vibrant Vivien Leigh, Kim Novak, Marilyn Monroe and Carole Lombard were when wearing them. But what surprised me was that the dresses, although technically inanimate, were still so intensely alive.

I was disappointed to learn that Australia missed out on Charlie Chaplin’s Tramp costume. But probably for the best since it would have reduced me to tears. As it was, I did feel a little overcome by the sight of one of Heath Ledger’s costumes from Brokeback Mountain (2005). And although so many of the costumes on show were once worn by actors no longer with us, there was something especially poignant about this costume, worn by an actor gone well before his time.

Other standouts from the exhibition for me were gorgeous costumes from Marie Antoinette (2006) and Dangerous Liaisons (1988), one of Daniel Day Lewis’ Bill ‘The Butcher’ costumes from Gangs of New York (2002) complete with talking head dissection of the collaboration process between Scorsese and costume designer Sandy Powell, De Niro’s stark garb from Taxi Driver (1976) and his gaudy apricot suit from the opening of Casino (1995), and superhero power suits from Superman (1978), The Dark Knight Rises (2012) and Spider-Man (2002).

And Dorothy Gale’s simple gingham frock from The Wizard of Oz (1939). And of course these: 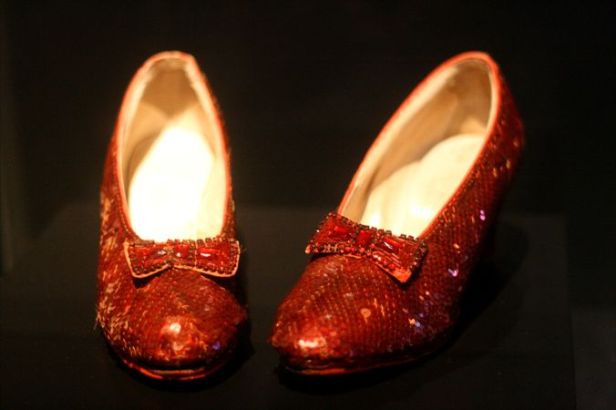 So in honour of all these great costumes and the great characters that continue to live in them I present to you my own exhibition – costumes that live in my memory as perpetual reminders of movie magic.

Charlie Chaplin as the Tramp – one of Hollywood’s most iconic images.

A tale of two dresses. Katharine Hepburn as Tracy Lord in 1940s The Philadelphia Story.

And Grace Kelly as Tracy in the musical remake, High Society (1956). Probably my favourite dress of all time.

Grace Kelly always looked sensational and no more so than in this stunning creation from the great Edith Head in Hitchcock’s To Catch a Thief (1955).

Two of Hollywood’s most handsome men, Robert Redford and Paul Newman, resplendent in designs by Head again in The Sting (1973).

Costumes for comedy. Tony Curtis and Jack Lemmon dressed for laughs in Some Like It Hot (1959).

Of all her stunning dresses, none is more beautiful and dramatic than this. Vivien Leigh in scarlet as Scarlett O’Hara in Gone with the Wind (1939). 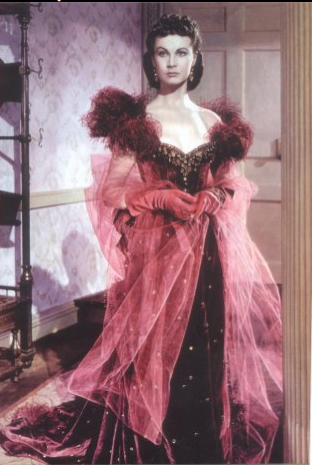 And of course this one. Because sometimes the simplest costumes are the best.